No items in your cart

YOGABODY® transforms lives with science-based yoga. No matter what your age or background, we can help you achieve optimal health in a fun, sustainable way. Founded in 2007, YOGABODY set a new standard for professional yoga education and props manufacturing internationally. The YOGABODY Group includes physical yoga studios, 1,000+ certified teachers, teacher certification and diploma programs, and a specialized range of products. We believe practice is everything. YOGABODY has warehouses in California (USA) and in the United Kingdom. The corporate office is in Barcelona, Spain, and our staff represent 13 different countries. 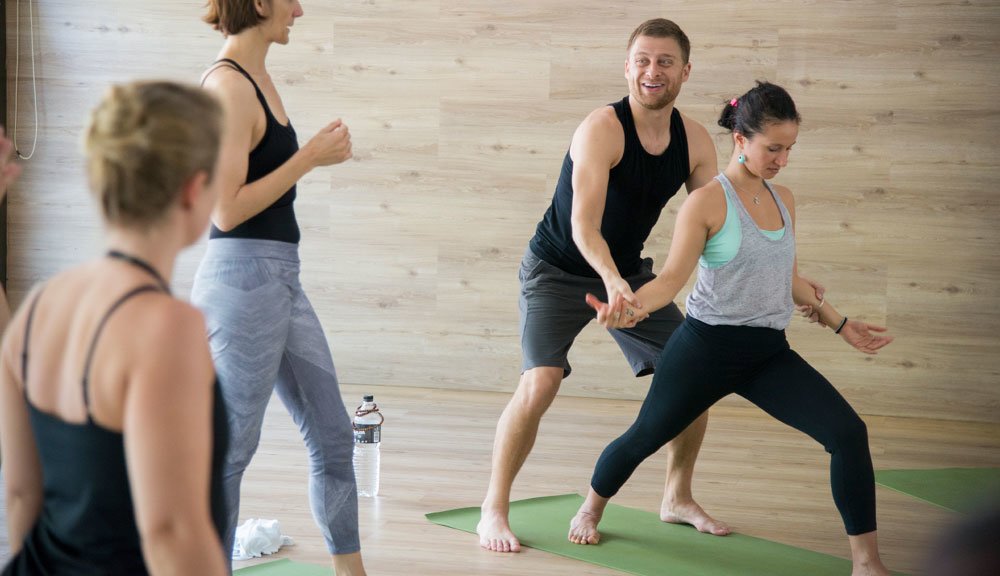 LUCAS ROCKWOOD is an internationally-renowned yoga trainer, TEDx Speaker, podcaster, writer, and entrepreneur. His early yoga and meditation teachers include Sri K. Pattabhi Jois (deceased), Paul Dallaghan, Alex Medin, Gabriel Cousens MD, and SN Goenka (deceased). Lucas left the USA in 2003 and traveled and taught extensively before making Barcelona, Spain, his home base. In a previous life, he worked in theater, publishing, and as a vegan chef and nutritional coach. He's the father of three international kids and remains as passionate about yoga as when he first began practicing in 2002.

YOGA STUDIOS (learn more). Lucas opened his first studio (and restaurant) in Koh Samui, Thailand in 2006 and franchised a second location in 2011 in Amsterdam. His newest studio group, YOGABODY Fitness, launched in 2012 and is the largest and most influential in Spain with daily classes, workshops, and international training programs.

YOGA PROPS & PRODUCTS (learn more). From the back of his first yoga studio, Lucas launched a yoga props and nutritional supplement division that has grown into a massive, international company in its own right. YOGABODY now distributes yoga props and products in 81 countries including the Yoga Trapeze®, Wonder Wheel™, and Hurts So Good® Massage Balls.

TEACHER TRAINING (learn more). Lucas founded Absolute Yoga Academy (2006-2018), one of the top 10 yoga teacher training schools in the world in its time with 2,000 certified teachers (and counting) and courses in Thailand, Holland, the United Kingdom, and the Philippines. In 2016, he founded The Yoga Teachers College®, a cutting-edge new approach to professional yoga education and one of the only college-credit recommended courses in the world offering diploma courses for mind-body fitness professionals.

has been added successfully to your wishlist.